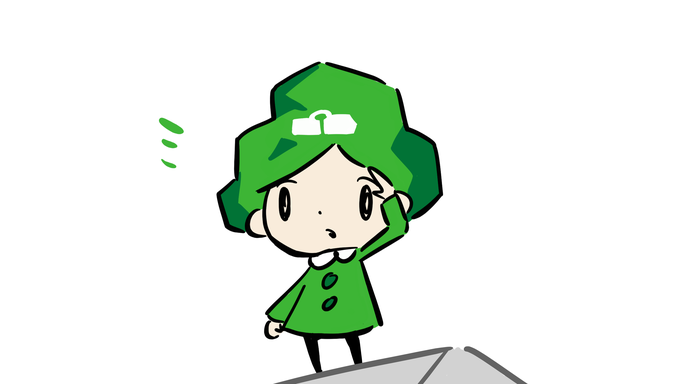 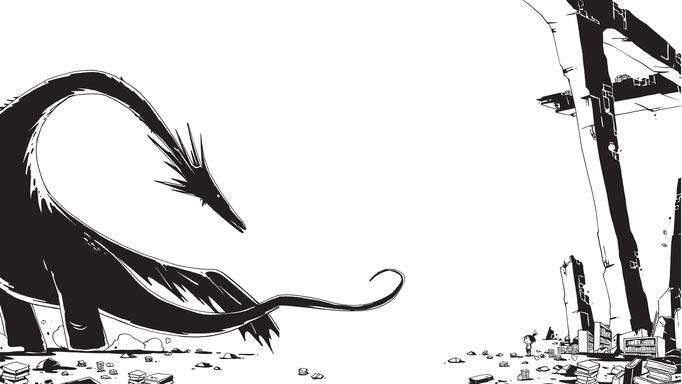 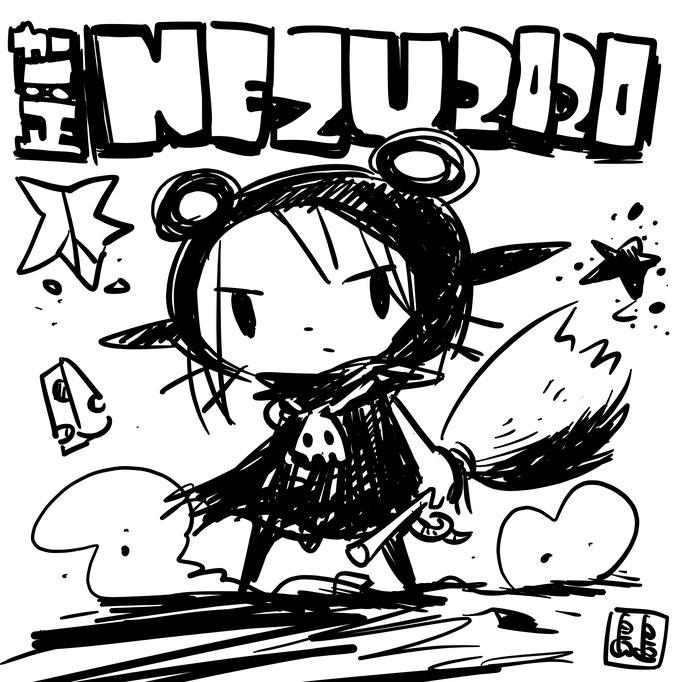 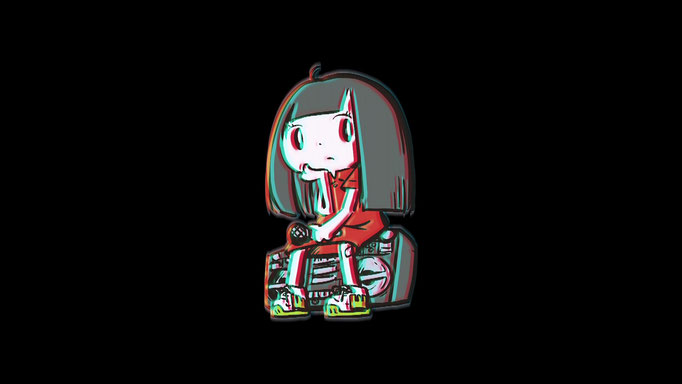 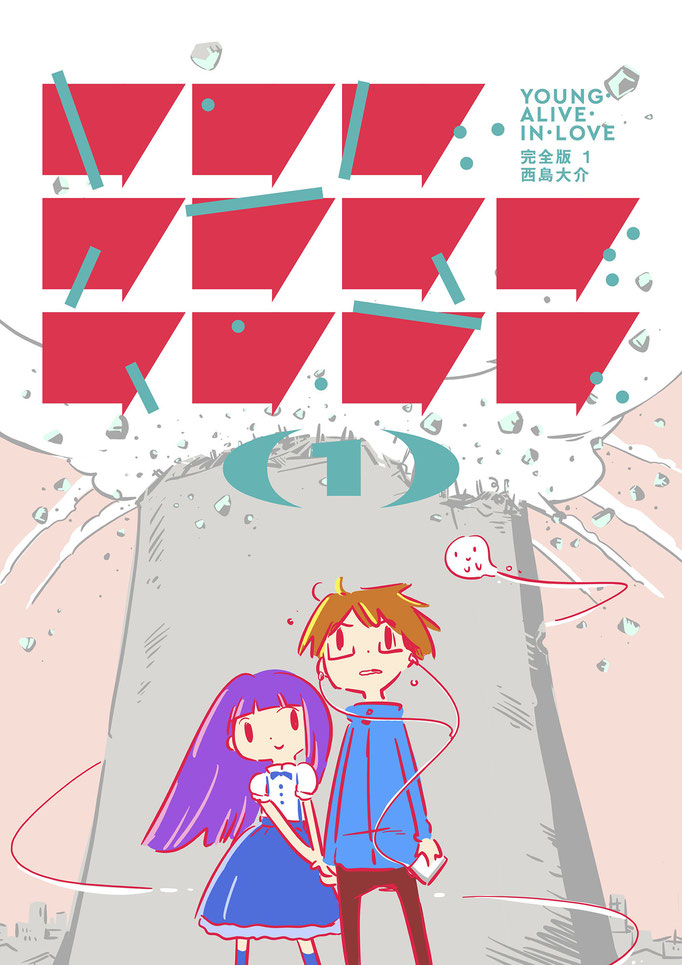 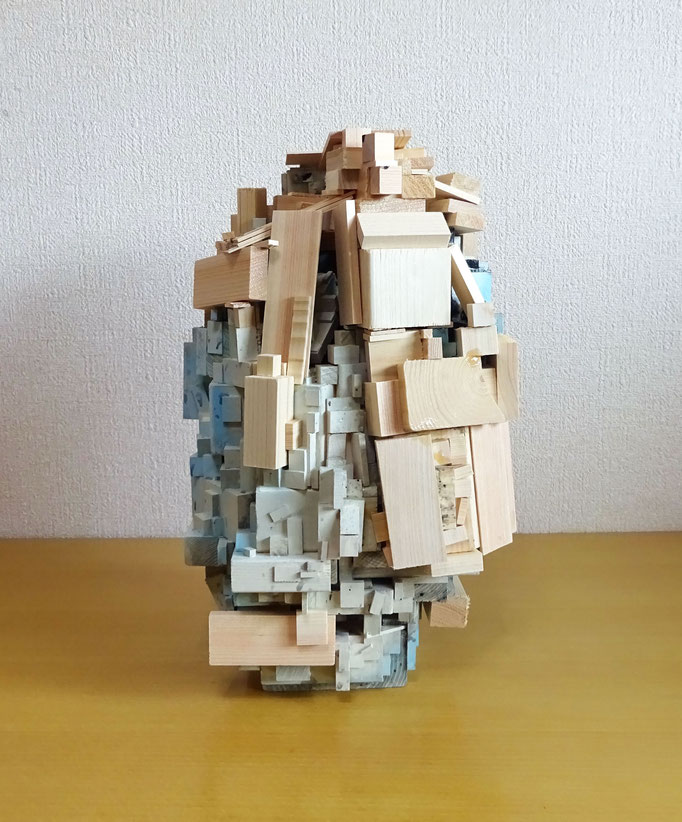 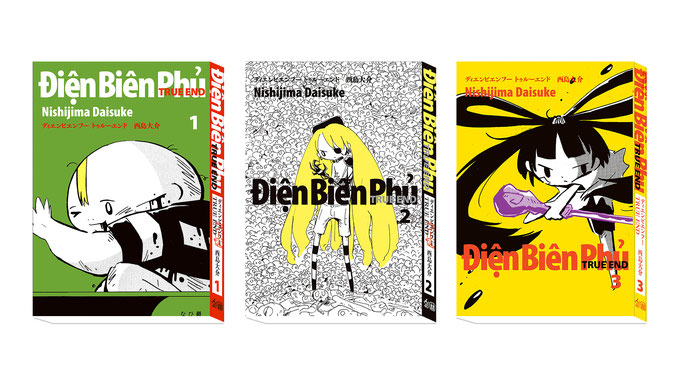 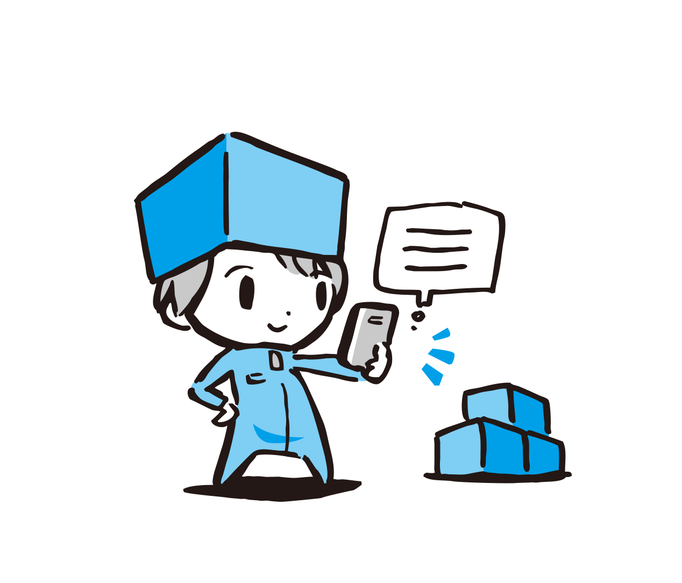 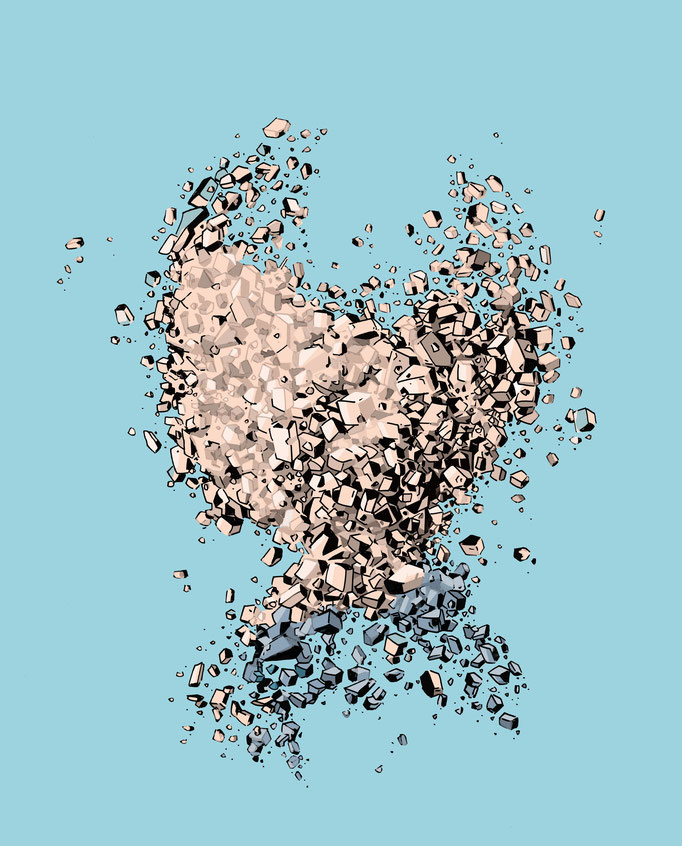 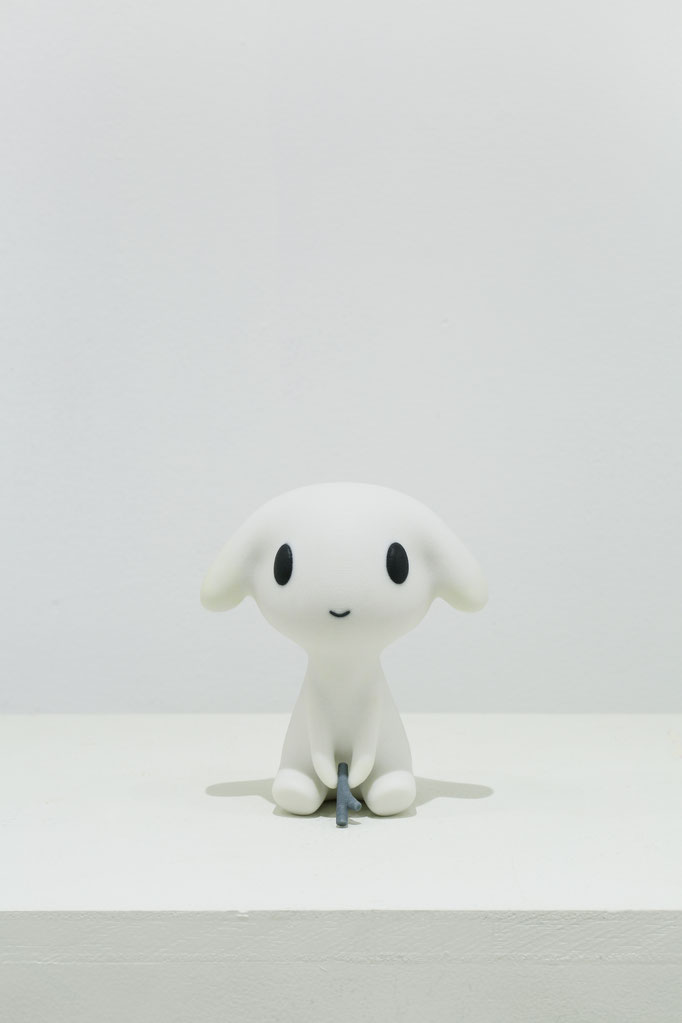 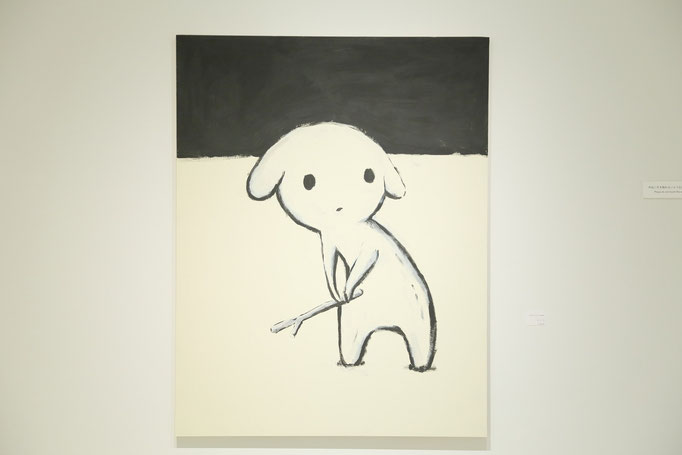 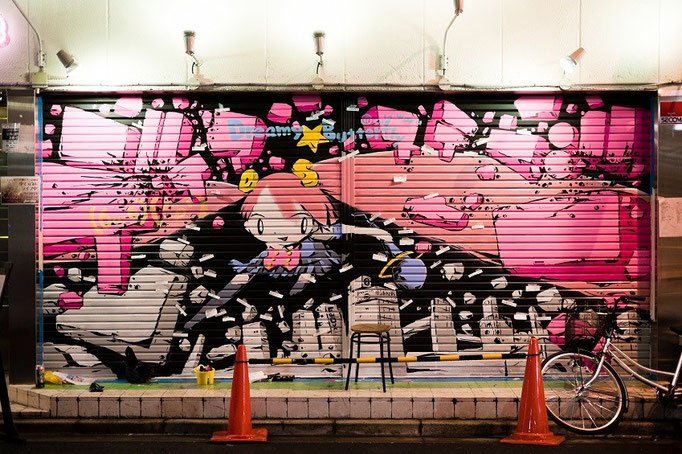 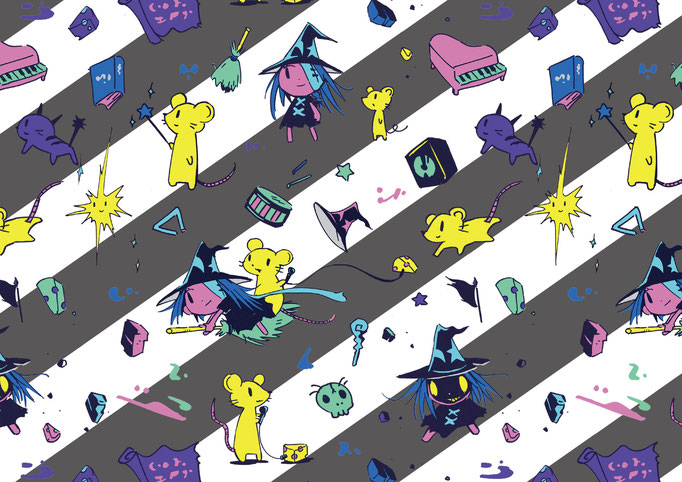 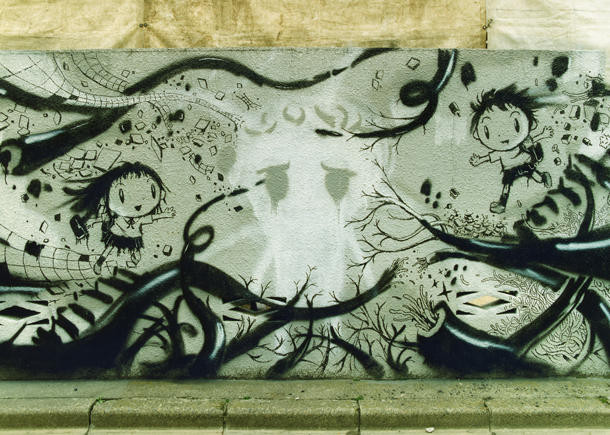 I was born in Tokyo, 1974. For the convenience of my father's work, I moved to Tokyo, Chiba, Yokohama, Shimane prefecture and Hiroshima prefecture during school years, and I was transferring school each time. I have been painting since childhood and doing fantasies somewhere not here. I liked reading books, especially foreign countries Sci-Fi novels. I was also addicted to watch animation. Especially influence from Sci-Fi novels and movies and Japanese animation is big and has a strong influence on the later my creation style. I also love music. My favorite creator is Author Charles Clarke, Stanley kublick, Hideaki Anno, Aphex Twin.

The first work I was involved in publishing was as a music writer. After that, I began working on magazine cut drawings and book bindings. I did illustration of a magazine and book cover art ( For example “Mho-joh genron F kai-Otaku”, “Postmodern Otaku Sexuality”, author by Hiroki Azuma ).  In 2004, I published the first Manga book ”O-son Sensou ( The Universal )” from Hayakawa Publishing. I chose this publisher, visited the chief editor of the magazine, and asked him to draw manga. Because many Sci-Fi authors are publishing book from this publisher, I longed for Hayakawa Publishing. And I became a "manga artist" after this publication.

My work “O-son Sensou (The Universal)” was published in the era when Zero-aged criticism and “Sekai-kei ”(sekai meaning "world", and kei meaning "type")  was talked about in Japan. The theme I put in my work was "after 9.11" ,"after Evangelion" ,"anti-SCI-FI", and “for youth". The main character of this story was very rebellious.

In 2005, I published Second Manga book “ Sekai-No-Owari-No-Mahoutsukai (The Witch at the End of the World)”.  I think It was fantasy story not Sci-Fi. The shadow that appears in the story, it means copy. I think my story and art is copy.  Can i make new story at post Evangelion(Japanese Animation) generation? It was my theme.

At the same time, I started make music by the name DJ Mahoutsukai ( Mahoutsukai means Wizard). I released MIX CD. At that year, my first solo exhibition “The Witch at the End of the World” was held at apell gallery in Setagaya,Tokyo.  My activities have become more than just drawing Manga.

In 2006, my first monthly serial comic “Dien Bien Phu” was start on monthly comic magazine IKKI Published at Shogakukan. The story is about Viet-nam war (1965-1973 ), but the magazine will be discontinue. Finally My manga "Dien Bien Phu" was longer than the actual Vietnam War, finished in 2018, published from Futabasha , spending 12 years.

My career as a Manga artist has doing fine. “The Witch at the End of the World” was made into a series, and four books were published by Kawade Shobo Shinsha and Kodansha. In other, I have written numerous Manga, illustrations and magazines and books, but the style changes drastically following the Great East Japan Earthquake on March 11, 2011.

In May 2011, I transferred activity base from Tokyo to Hiroshima. My parents and sister’s family was live in Hiroshima. I could not continue my work until then, and  started drawing a new Manga “Subetega-Chotto-Zutsu-Yasashii-Sekai ( A Kindly World )”. The Manga’s theme was the capital city and local cities, depopulated village, Community, Poverty , Richness, and the other things. After 3.11, many Japanese including me were confused, it seemed that our feelings broke up, therefore, I tried to draw the story faithfully to my feelings. The Manga “A Kindly World” was different from previous my expressions. It’s not  story of war  and rebellion. It’s feeling was not Manga comic, like a allegorical picture book. I drew this story with the feelings of my father looking at my son.

In 2012, I published “A Kindly World” from Kodansha. This book is complete in one volume. But the character “Boy (my son) ” became paintings, a drawing, a sculpture, a exhibitions, and music.” A kindly world” is still continued.

In 2015, I released by the name DJ Mahoutsukai solo piano album “Last Summer”. After that my music work became only piano playing and composing. In that summer, I joined A Kindly World Concert / Exhibition (Candle Night 2015) at Vangi Sculpture Garden Museum in Shizuoka prefecture.

In 2016, I published my most longer comic series “Dien Bien Phi” vol. 12. However, this story is not end because of magazine's suspended publication. In autumn, I joined “All Living Things” Exhibition at Vangi Sculpture Museum.

In 2018, My manga “Dien Bien Phu TRUE END volume 1-3” was published after transferring the publisher Futabasha. Long Vietnam war story was end. So, I spent 12 years to finish this story (phew!).  And there is a request  from Osaka Dentsu, one of the famous advertising agency, I designed YTV (Yomiuri Telecasting corporation) 60th anniversary character Shinoby & Nin-maru. Now I am editing and publishing “Monthly Buffett-Kun” (Bernard Buffett Museum 45th anniversary magazine). This  magazine give out at only Bernard Buffett Museum. At that year, I joined contemporary artists connective “Purplume” exhibition “Museum’s Healthcare” at Hitachi-Ootashi Kyoudoshiryoukan in Ibaraki prefecture.